How The CIA Affected The Lives of Team Bartowski

When a team comes together, we usually see some form of chemistry. Whether the team forms through wiliness or by force. A connection also brings teams together that normally would never come together. For Team Bartowski, we have three people with very different lives come together and the connection was the CIA.

The last time we examined the CIA’s villainous ways, we discovered the role the agency played in the development of the series biggest baddies. Now we turn our attention to the manipulation of Team Bartowski. Chuck, Sarah and Casey all laid victim to the illusion of protecting the nation, but in reality were doing the CIA’s dirty work at times. The impact on Team Bartowski started way before Chuck downloaded the Intersect.

Both Sarah and Casey were manipulated into doing what the agency wanted. Sarah was forced into the CIA by Langston Graham, in order to avoid going to jail for the cons she did with her father, and Casey was forced to give up his life in order to protect the greater good. However,  Casey was able to accept his role. Chuck and Sarah on the other hand were forced into a world that seemed to overwhelm them at times. Grant it, Sarah became comfortable being spy, when necessary  she was willing to abandon missions in order to do the right thing.

We will begin with Sarah Walker, since the story all begins with Chuck vs Baby and Chuck vs The Nacho Sampler.

Sarah Walker’s journey into the CIA was unconventional. She was not recruited like Bryce or Casey. She was forced into the job much like Chuck was. It was either join her father in prison or get out of jail for free.

Technically, Sarah Walker does not exist until she bumps into Langston Graham

CIA Director Graham: Your dad trained you pretty well, the C.I.A. can do even better. You like names so much, what you think of “Sarah Walker”

Soon after Sarah Walker was being groomed to become Langston’s enforcer, his personal assassin. She was perfect for the CIA, no family and no friends, Langston ordered her to kill someone, which would be known as her red test. 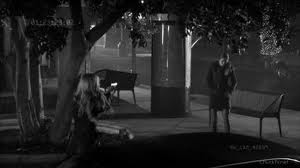 The victim would turn out to be Evelyn Shaw, which would come back to bite both the CIA and Sarah in the future, when Daniel Shaw catches wind of this, and we have touched on that before. Sarah than was assigned a handler, and his name was Kieran Ryker, who like Langston made Sarah do all his dirty work  Soon after Sarah partnered up with Bryce Larkin, in which the two would be together both professionally and personally much like with Chuck. However, this will all change once Sarah learned that Bryce had turned and joined Fulcrum. However, he would find that Fulcrum was using him to steal the Intersect from the CIA.

When Sarah was assigned to Burbank, she was expecting another threat, another mission she is assigned to handle, but what she quickly learns is Chuck is not a threat, and quickly she becomes infatuated with his charms, who he was and the kind of life he lived. She assigns herself to be his cover girlfriend, but in her heart Chuck was more than just a cover. he won her heart early and the more she spent time with him the more she wanted to stay in his life no matter the cost.

The CIA protocol would not stand for an agent romantically involved with a asset. Sarah knew this and so did Casey. John asked Sarah if she said anything while being under truth serum that would compromise the assignment. She told the truth by saying no, but she lied to chuck when she said no. The job forced her to bottle her feelings, but eventually those feelings would overcome duty. Sarah admitted in her video log that she loved Chuck Bartowski and she didn’t know what to do about it.

The CIA threatened Sarah with a 49B and reassignment. They threatened Chuck with a kill order after the Intersect program was ready follow by bunkering him when he got out of line or became uncontrollable. What is worse being threaten by Shaw or being held against your will?

CIA’s effect on John Casey was far more complex than Sarah and Chuck. John was already in the military when NSA came calling. He was trying to get into Special Forces Training, but was denied and sent packing. Col Keller recruited John for the NSA Black Opts team, which Casey accepts. 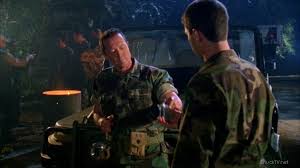 At the time of his decision, He called the woman of his life Kathleen McHugh and informed her that he would not be coming home anytime soon.

He would learn later  that Kathleen gave birth to his daughter Alex.

Casey later would train under Ty Bennett, which Ty taught him about using his calm center, but as Chuck said “Casey, does not have a calm center.”

They turned a young innocent Alex Coburn into a killer, and although Casey embraced his duty because Casey never lost the soldier in him, he missed out on his daughter’s upbringing,  which is why he warned Devon about getting back in the delivery room and be with Ellie.

Finally, we discuss how CIAs impact on Mr. Bartowski, even before getting the Intersect, Chuck was going to be recruited by the agency, but Bryce stopped that.

Chuck also lost both parents to the spy world. Orion invented the computer that ends up in his head and his mother disappears for 10 years. Ellie and Chuck were on their own since they were very young.

When he does get the intersect, he  learns quickly what  the spy world was about. Lies, covers and constant being put in danger. He meets his future wife, but was forced to bottle his feelings at fear of being bunkered and a 49B.

He was forced to take missions that brought nothing but pain and stirred up bad memories  like going back to Stanford and rekindle with Jill. They forced him to search for Orion and his mother on his own. Something the CIA/NSA did not tolerate.

They first threaten to kill him after the Intersect was up and running, which Casey did not want to do.  They told Sarah to trick Chuck into believing they found his father, but she went against orders which is known as the famous “Take off your watch”

At this point of the story, Chuck started to mature. He started to go rogue and not take the things Sarah and the agency were saying to him as gospel, and what does he get for his maturation kidnapped, nearly lost Sarah and watched his father get killed all because of the spy world.

The CIA didn’t want Chuck to find Orion and lied to him about it. They prevented him from saving his wife, Whether Decker was under the influence of  Shaw is irrelevant its the actions of Decker that prevented Chuck from giving the antidote to Sarah

As you can see, the CIA is responsible or played a hand in developing the series best bad guys, and also affected their own.

They made Team Bartowski do things that seem not right. In the coming weeks there will be more on this subject.  The Bartowskis were struck the most by the CIA and it caused years of pain and anguish for all involved.