What A Weekend It Was For Chuck Fans

Starting last Thursday, Zachary Levi had his annual Nerd HQ event in sunny San Diego, The home of San Diego Comic Con. The event is designed to bring celebrities and fans a chance to mingle together. Earlier this year, Zac had arranged a campaign giving the fans a chance to raise money for the event. The fans came out swinging somewhat, and because of the contributions. This year’s event was just as special. Fans sold out each panel and raised money for a great cause called Operation Smile.

If you could not make it to San Diego, the opportunity to watch online was free, and could be done on Youtube, The Nerd Machine had a channel, which provided the live streaming feed. so, the question then why was it a great weekend for Chuck fans, well starting on Thursday, The event kicked off with Zac and he talked for an hour long. He answered several questions including a potential Chuck Movie. He did confirm several times over the weekend that he wanted to do a Chuck movie, but it will take time for the powers that be to sign off on such project. However, he ruled out a chance for a series reboot.

We also got to see our favorite colonel appear, Adam Baldwin aka John Casey hung out with the fans twice.  The first time was to promote The Last Ship, and the second was a solo conversation, but with surprised guest on that panel as well. In my review of Baldwin, he is a very smart and engaging person. Its not the first time either. Adam can be followed on Twitter (@AdamBaldwin) and his past Nerd HQ panels are awesome as well.

He is very funny, and gave substantial answers to questions from the fans. Casey and Chuck reunion could not be undone right? It was like old times. I will post the video under the Nerd HQ Link section of the website. 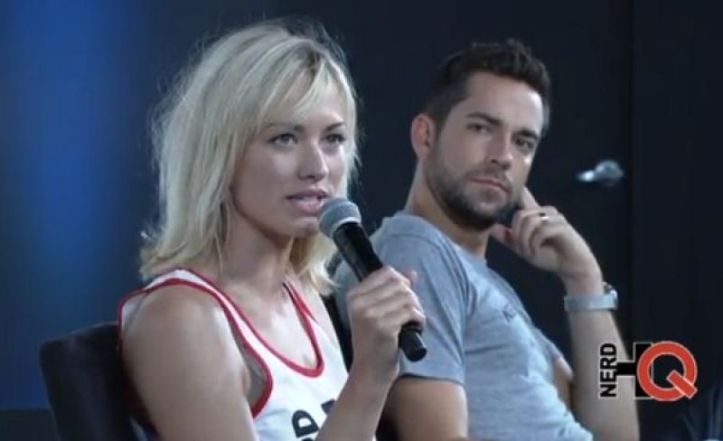 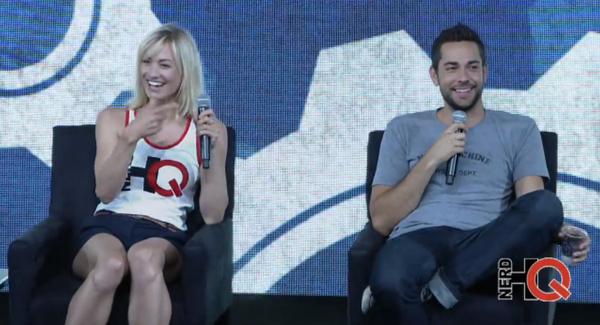 Yvonne Strahovski aka Sarah Walker. also made two appearances on the panel. Once, she went solo. The second time with a group of amazing women. The panel was called Bad Ass Women. Zac’s real wife would be on the panel as well. What a lucky guy, a real and fictional wife on stage. Yvonne much like Adam loves to come to Nerd HQ. Not only for the panels and cause, but for the dance party they have. The party is not just for the celebrities either. The fans are encouraged to attend as well.

The event is quite enuring for those that love to mingle with the people of Hollywood. The party is free so there is usually a large turn out for it.

So, as you can see. Chuck fans were in there glory this weekend. Team Bartowski coming together is one thing, but Charah sitting on stage and taking questions together was a sight for sore eyes. Some of the responses that Yvonne gave were highlighted in “Chuck and Sarah Reunited…A Conversation with Yvonne Strahovski. It was fun and also rewarding because Zac and Yvonne both recognized that the Chuck fan base is more of a family rather than just fans in love with a show.

Yvonne said it herself, ” We are a family.”  It gives more reason for the fans to love these three people. We follow them throughout their careers, and for some of us, its the only way we can be connected to them. Sometimes the only way to a person is through their work. Yvonne, Zac and Adam are all people that fans consider family, which makes seeing them together so thrilling. The only thing that would of been nice would be a Team Bartowski Panel, but we saw one better a Charah panel.

Nerd HQ overall was a great event, I also was very surprised by how kind Nathan Fillion is. The amount of money he raised by auctioning off stuff was amazing, but also showed he was on point with the reason for the event.

All the money raised was for Operation Smile. Those children need the money, it showed how much of a heart Zac has to organize this kind of  event. I have read elsewhere that Nerd HQ is rewarding because its an experience everyone should have. I already started to save.

Back to Yvonne and Zac, Yvonne also said she doesn’t come to San Diego too much. She only comes to spend time with the fans, who she said are dear to her. I also loved her appearance with the other women. She was different on that panel than her solo one, but she was just as engaging.

In Closing, Whenever the gang gets back together, Chuck fans get excited. We love the people and want to see them more. Chuckaholics would love to have a sit down interview with them, and if that chance comes. I will let you know. I am planning to come up with a plan for it to happen.

Please look under the Nerd HQ Links for the Youtube links for the conversations. They are all worth the time watching them.