As I wash dishes at my job, I been reading the comments in my Sarah Walker vs Agent Walker series. I want to take the time to explain my theory on Agent Walker and why I separate the two.

The woman we grown to love and fear can be dangerous is one in the same. I am not foolhardy to think otherwise. I also know Sarah loves Chuck with all her heart, but like Chuck falls back to his insecurities. Sarah has a tendency to fall back to what is familiar to her. The only thing Sarah is passionate about other than Chuck was being an agent.

Think back to this moment Chuckaholics,

However, we saw Sarah do something in this scene that was a reversal of who she was. Sarah ran from danger, but not in this case. Sarah tells Chuck to stay and fight knowing the Ring and Shaw would as soon as kill Chuck than detain him. Sarah was not protecting Chuck in this retrospec. Sarah wanted to save the CIA and Chuck was the only one that could help her. It’s the result of Casey leaving. Sarah’s choices are limited. 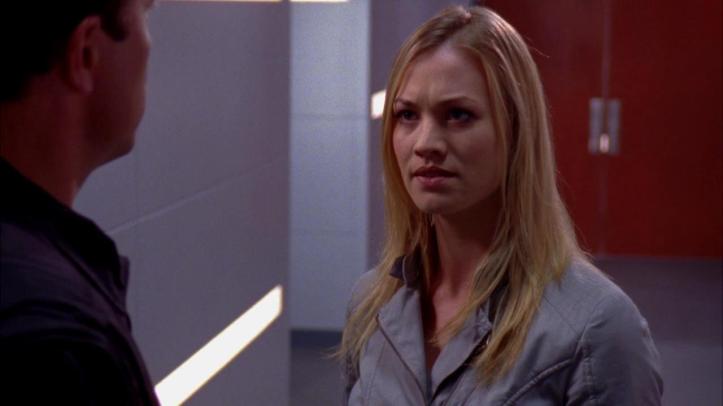 I stand by the notion that the CIA replaced Sarah’s real family. Thus, when she files for a prenup she doesn’t put Jenny Burton, but sticks with Sarah Lisa Walker. Sarah distanced herself from her family and we know why.

However, the concept of Agent Walker is bigger than that. Agent Walker is the same as Batman or Iron Man. Bruce Wayne and Tony Stark both are not the heroes without their masks. The two are separated by the mask they put on. 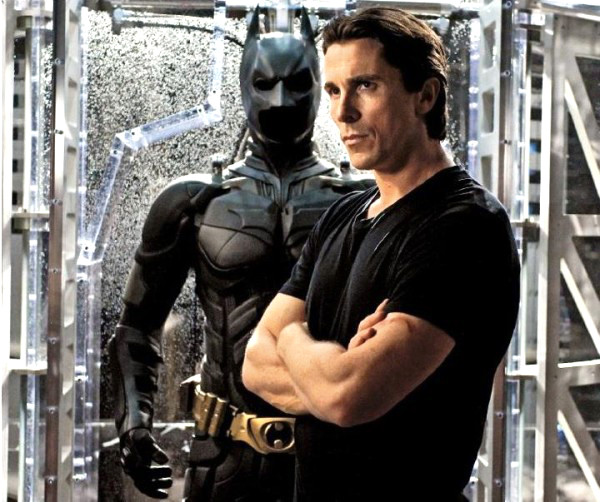 It’s the same for Sarah Walker. Sarah has to put on a mask in order to protect the country and those she cares about. The very woman who can be a loving woman needs to be brutal when it comes time for it. 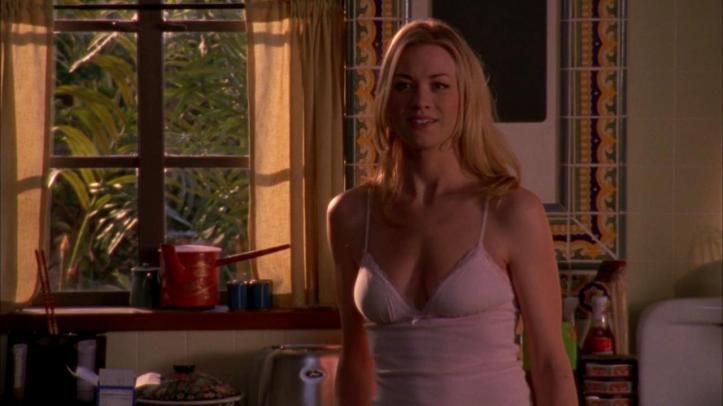 It becomes even harder when emotions get involved. Thus, the need to focus on a mission become apparent. Sarah’s game seemed to weaken in the first half of S3, but did she ever really recover?

Agent Walker took a beating from Sydney and La Cuidad, but did well fighting a group of Terrorists in Tom Sawyer and Tic Tac. 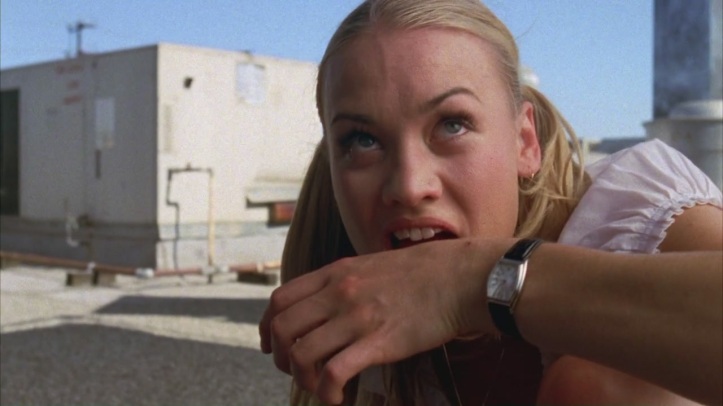 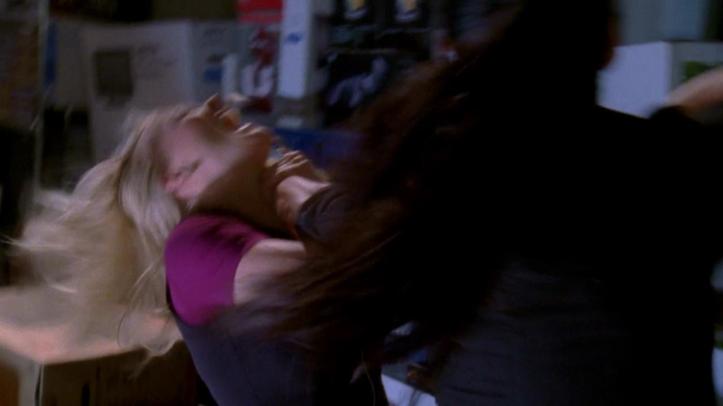 The balance comes with being able to block out all the distractions around her. She needs to be like Bryce or Carina when battling evildoers to survive, but the deeper she falls for Chuck the less her skills became. It almost was like Chuck’s emotions got the best of him, which would suppress the Intersect. The same can be said for Walker.

Here are some scenes in which Sarah becomes a shell of herself. The first big one would be these two scenes.

The agent that stands before Bryce Larkin, who was being used as a shield between Sarah and the baddie, Walker was able to fire her weapon into the baddie. It’s significant because Sarah could of shot Bryce in the process. 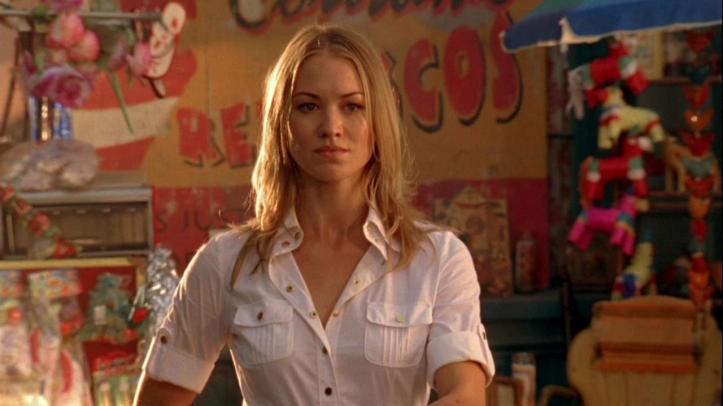 However, when Chuck was in the same predicament. Sarah could not come to terms with the idea of missing and shooting Chuck in the process. It’s the difference between Sarah acting as Agent Walker from her being Sarah Walker. When a woman in love would not put the person she cares about in harms way. Shoot, she shot her father, but didn’t take a shot with Chuck’s life in danger. 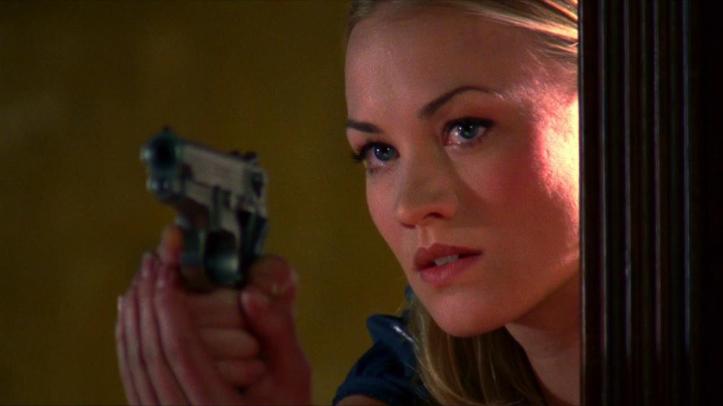 It’s also the difference between her and Casey. Casey would’ve pulled the trigger on Chuck here. Would there be remorse from Casey’s perspective? of course, but he still would follow his orders despite knowing Chuck and Sarah were in love. 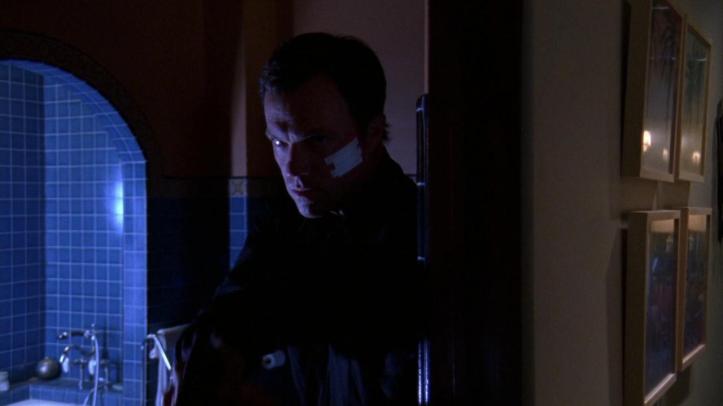 Agent Walker needs to be present for important missions like going undercover in Volkoff Industries. She said, “I have to be my former self if I want to survive.” It also would be a highly emotional moment for Walker and Bartowski.  Sometimes I wonder if this was the same moment from a Stephen and Mary perspective. It is almost like the apple didn’t fall far from the tree.

The distress in Sarah’s expression shows how much being Agent Walker was a problem at least four years later. The same expression Chuck never sees here, but the viewer gets to see.

Gary often disputes this scene, but we have to remember the morning briefing was a bit much for Walker. She was balancing herself with the idea of working with Chuck, but Chuck said no. She than was ordered to work with Bryce Larkin again. Things could not get anymore complicated for her.

Thus, when she was preparing to tell Chuck she was leaving. Chuck took it upon himself to ask Sarah to go on a vacation with him. There is nothing wrong with that from a Chuck perspective. He doesn’t know what Sarah knows. 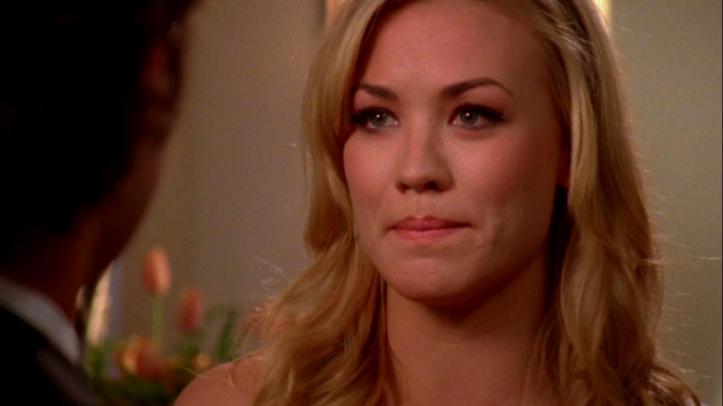 However, you can’t ignore how choked up Sarah looks as she reveal her new assignment and who she would be working with. None of this was Sarah’s fault, but some believe Sarah should just walk away, but that’s not being realistic by any stretch. Chuckaholics know Sarah wasn’t  going to stop being an agent. Sarah had no intentions of hurting Chuck and she showed it. 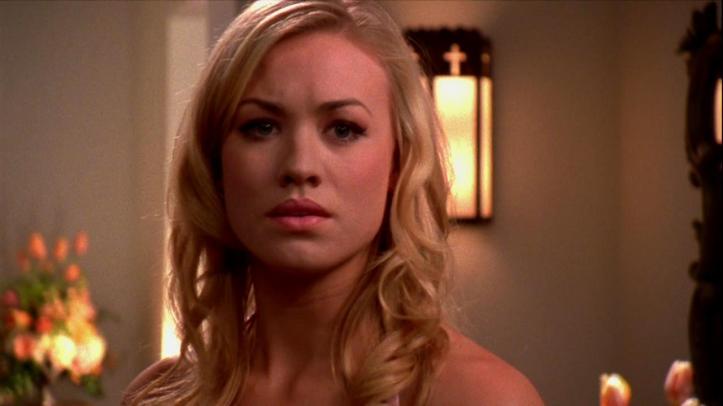 Sarah was also prepared to tell Chuck she didn’t want to save the world anymore, but work would force her to put on her mask again. It’s the same situation Bruce Wayne went through in Dark Knight. Does Bruce save the woman he loves or save Harvey Dent in hopes to save Gotham City. Batman chose Gotham over the person he loved.

Does Agent Walker go after the chip or save the man she loves from Fulcrum? She chose love much to the dismay of Bryce and the country.

Grant it, Sarah’s assignment was to protect Chuck, but she did do her job by saving Chuck. it’s why she was adamant about Chuck going off on his own with no security blanket.

As I said, the point of Sarah Walker vs Agent Walker is to distinguish the hero from the person who wants to be free from her much like Batman began to hate the mask but saw no way to let the mask go.

It’s the same for Chuck. He didn’t need to download 2.0, but the risk of baddies having the Intersect was paramount only heroes must do.

In essence, Sarah and Chuck both were trapped in a world they couldn’t get out of. For their sakes, at least they had each other to get through it all until S5 when Chris Fedak had to character assassinate his own creation.