And I Love Her

In music, the words can be emphasis when the words fit the page, the mood and even more so the delivery of such words can spark a feeling inside. It reaches us at the appropriate time and generate emotion within the listener.

The same can be said, when a scene in a movie or television show includes such songs, the ear tends to ignore it because the eyes is fixated on the visual imagery. For example, everyone love this scene 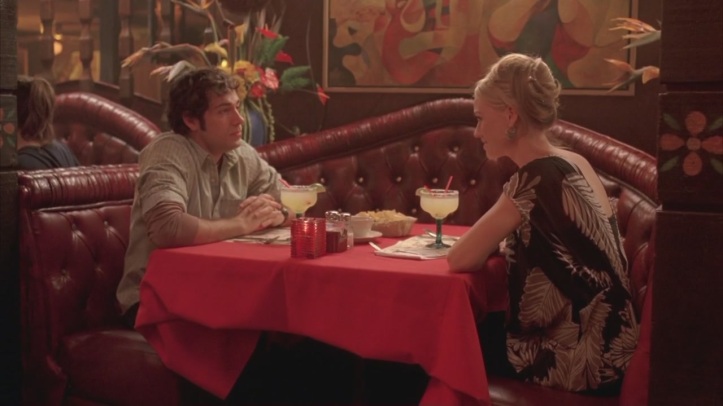 However, the song playing during the scene was Gomez’s See the World, and some of the lyrics can tell us the path the two were on. Ideally, we can say the song makes sense for Sarah, but at this stage of the story both Chuck and Sarah were broken. The Image of Sarah and Chuck’s exchange about Bruce and Baggage Handler gave the viewer a huge crystal ball for us to see.  Not only was the scene a hook for the characters, but it hooked us all from here,

Empty handed, surrounded by a senseless scene
With nothing of significance
Besides a shadow of a dream
You sound like an old joke
You’re worn out, a bit broken
Asking me time and time again
And the answer’s still the same

Thus, it’s easy to sneak messages the creators are trying to convey because of the imagery being seen by the eyes.

Sometimes it’s foreshadowing when you take in account where the scenes are showed. For example, when Chuck is having dinner with Jill Roberts. The song played then was “It breaks my heart to see your state of mind,” by Your Vegas

It seems right for the moment. Chuck and Jill discussing their past transgression, but what is lost in the whole scene is Sarah’s expression once Bryce Larkin’s name pops up.

The truth of the matter was how Chuck and Jill inadvertently brought Sarah into the conversation. It became just as personal for Sarah the moment Bryce’s name was mentioned. We all been there when former lovers reach the same group of people, but while Chuck and Sarah never slept with each other, the want and desire was there. However, the elephant in the room would still loom large even if not present. The elephant would be Bryce Larkin and Stanford. 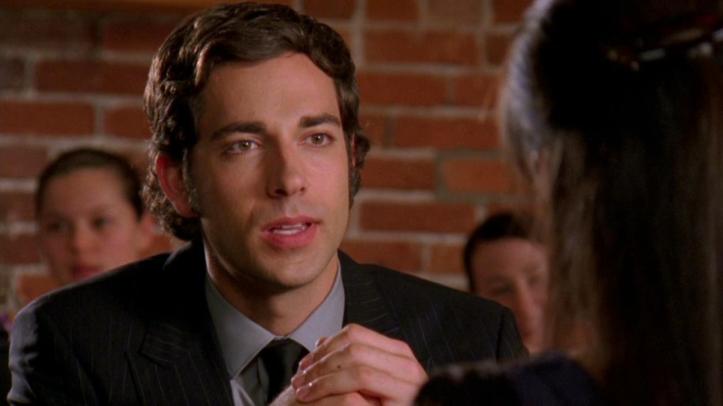 Sarah’s reaction to hearing Chuck lash out at Jill, which was very big for Bartowski in my view. He hasn’t seen or spoken to Roberts since being expelled. He tried to talk to her which was alluded to the beginning of the episode. Thus, Chuck had the right to hash out his side of the story, but what really was missed during the scene would be Jill.

For the first time, I truly give Jill a pass during this whole situation because Jill’s story parallels with Sarah in so many ways as being lost in a agency that only uses agents as pawns and not as people. It’s that grey line that confuses people to truly understand Jill and her relationship with Chuck.

We have talked about how would the fan base react to Sarah being the stone cold killer we saw in Phase Three or willing to kill Chuck in 5/12.

We know Jill’s secret, she is Fulcrum, but it doesn’t mean Jill had the desire or want to hurt Bartowski. All she was doing was following orders, but the minds of many people would say Jill could just quit, but quitting Fulcrum could’ve been deadly for Jill.  How and why is stated in the song, the following lyrics are apart of the song.

Been livin’ in a dream
Been lookin’ to find the clock-face clown.
When tearin’ at the seams
The world can seem a long way down.
Been runnin’ in a maze
And I can see there’s no way out.
Just see a town and two cities underground. 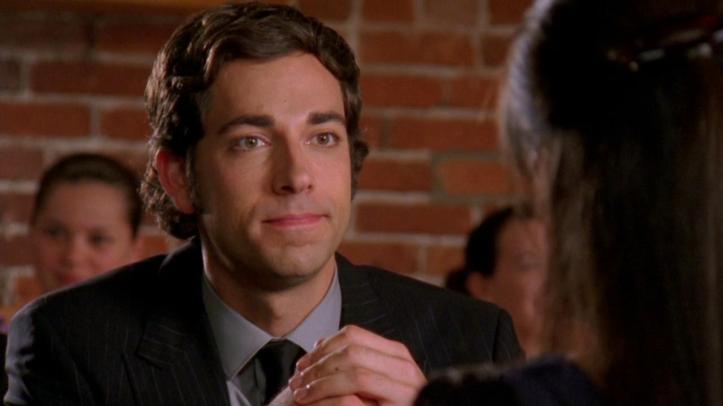 The situation comes into play with the way the characters must live their lives. As an outsider, it’s easy to say how one should act when it comes to the roles Chuck, Sarah, and to an extent Jill have to work to survive.

Like it or not Jill knows Chuck a lot longer than Sarah ever did at this point. Jill knew Chuck even before The CIA or Fulcrum would become major factors for both parties. In fact, Burbank really was no different than Stanford as the cities were both housing stations for agents as we learned.

However, what is the common factor is Jill and Sarah’s interest in Chuck on a romantic level. Bryce never had a stronghold on either woman. It’s hard to see Sarah’s position leading Burbank in S1, but Jill’s story is easy to see.

Fulcrum told Roberts to dump Chuck and keep an eye on Larkin, which she did. I see how we lose ourselves in the whole good/bad guy thing, but if you take the sides away. It’s a similar story here, Beckman ordered Sarah to use the love and affections Chuck had for her as a tool to bring him over to be bunkered, but Sarah didn’t want to harm Chuck in that capacity, but like Jill, Sarah had a job to do and she would’ve follow through if it wasn’t for one simple set of words Chuck used. “I was beginning to not trust, you” 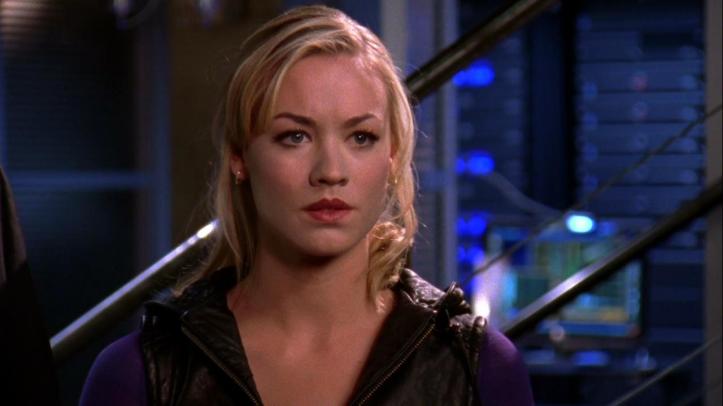 The very trust Chuck uses as a way to throw Sarah off her game was the same reason Jill dumped Chuck except Jill dumped Chuck as a result, but not without making us wonder if Jill really wanted to commit to breaking up.

Sarah’s position on losing Chuck was never in question at this point. Her actions at the end of Marlin would indicate as much, but Jill’s action and caring for Chuck never should be in question either. Jill let the viewer know several times during Chuck vs The Ex on her wish of changing things from her past, which was really her saying how she never wanted to leave Chuck either.

We move forward with our discussion about music and how it relates to the first four episodes of Season Three. The season really consists of some songs that helped close out S2, and we will discuss them here in better detail.

3 Rounds and a Sound and Christmas TV

Some of Chuck’s best work comes in the form of hiding messages within scenes. Some are elegantly pointed out by Michael and Mr. Bush (Unpacking Chuck author)

However, we have a tail of  two stories being told at once, which begins here,

The song Christmas TV is a great song and my favorite song for when it aired and what it means to the story.

Chuck and Sarah were set to part as a result of Beckman requesting Sarah to work with Bryce and Intersect Project, but what we don’t see is the inner turmoil Sarah was dealing with. She made it known how she felt in a hotel room and with a question lost in S2 that should be discussed here.

2 Beds? is a moment where we say oh my.  It’s the first time we see and hear Sarah’s commitment to a real relationship, and  the more we see this moment the more it makes what happen during Ellie’s wedding that more special.

The Lyrics begin with these words,

And it’s not bad if you too think of what might go wrong,
but you can’t blame me for secretly hoping that I’ll prove you wrong.

and if you combine that with the song that played during the reception scene when Chuck and Sarah were set to dance we have a continuation of the message trying to be delivered.

3 Rounds and a Sound

I hope they get it right
I hope we dance tonight
Before we, get it wrong 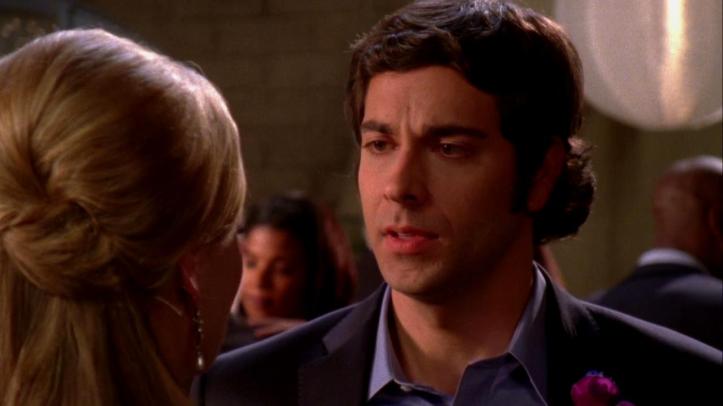 So, what we were watching was what everyone wanted. They wanted to see Chuck and Sarah together, but the creators told us the future of the series, but did we listen? or were we blinded by the imagery they used to hide the message of “Change”

In other words, we knew the series as what we saw, but before changes were going to be made, they gave us moments that would ease the pain of what was coming. 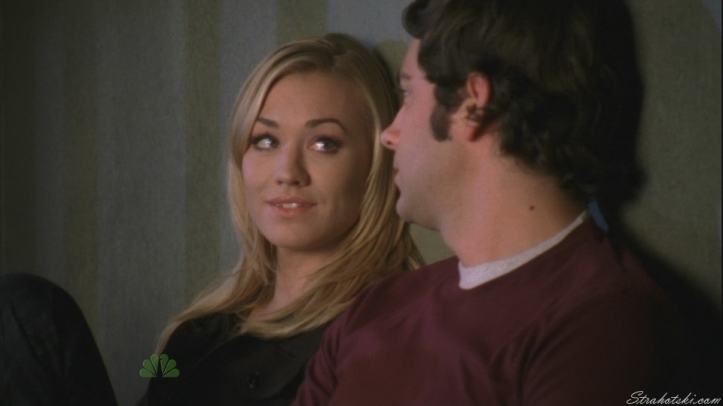 And the crisscross
Of what is true, won’t get to us
‘Cause you know me-
I could not give up on you…

The fight of making this right was what was being uncovered. What is right? Chuck and Sarah together is right, but at what cost? What sacrifice were the two willing to give up to be with the other. Chuck was willing to give up his normal life to enter hers, while Sarah was reluctantly willing to move on from the CIA.

Let’s take a look at the closing moments shall we. Sarah saying “no” to Bryce as a way of Sarah saying no to her past, but while Sarah was beginning to come to peace with her decision. Chuck knew he had to make a choice too. The balance of work and his life really was one in the same, which made Chuck had enter Sarah’s world to stay in her life.

Thus, Devon said it best, in Angel De La Muerte, “If living a double life means you have to give up apart of that life then it’s just not worth, but while advice is important for one to grow. It takes time for everyone to fully grasp the sentiments.

For every moment they are not together. The more they want each other. Living a lie means having scars develop on the soul. It can leave a bad taste in your mouth, but fighting for what is right never was an easy road to travel.

The process of waiting it out succumbs to the pressures of everyday life for the characters. The people in these lives make it harder to hold on because of what it means. The wretched hallows and in betweens makes the pressure of a solution to come sooner, but any story worth telling takes time.

The ultimate message of the first four episodes would be clear time heals all wounds, but so many split after the next four episodes, which was a message sent back to the writers and creators, but they knew it would hurt them with one simple lyric. They went along with the story knowing what the result may be or cost them.

I hope they get it right
I hope we dance tonight
Before we, get it wrong.

I’m working on erasing you
Just don’t have the proper tools
I’ll get hammered, forget that you exist
There’s no way I’m forgetting this 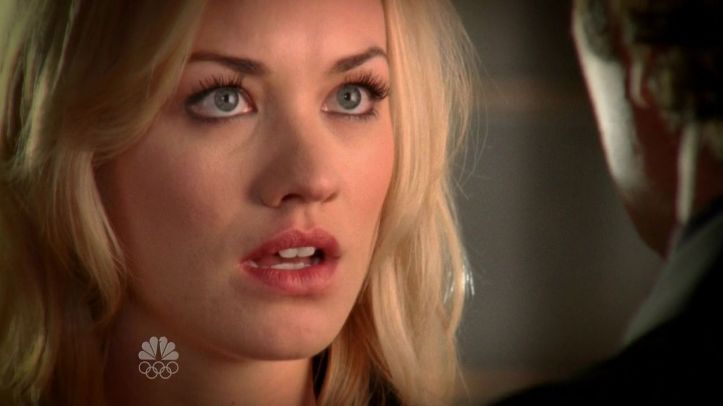 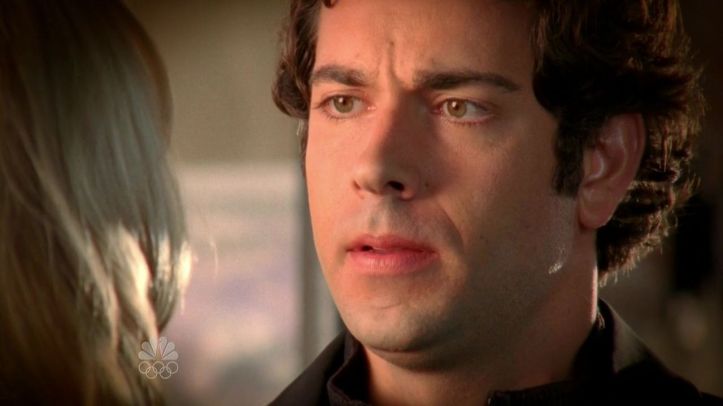 In many ways, Chuck did deliver the warning, but did we listen?  Did we see? How could we when the imagery was of this?

Yet, while that moment was great to see, the truth is Chuck left us seeing Sarah and Casey looking like this,

Even Jill was worried about the changes within Chuck, who better to see those changes earlier than Jill?

Finally, we will continue on our journey through S3 as darkness is certainly upon us, but let’s wait it out for the light at the end of the tunnel to shine brightly.