gallery Sarah Walker v Agent Walker: What If Part One

Over the course of the next few week we will begin to examine Sarah Walker vs Agent Walker again. We will look into the things that made Sarah Walker special. Yes, the show was titled Chuck, but it was more about Sarah, which in the long run was why the writers committed character assassinations at times when it came to Sarah Walker. The idea Sarah was bigger than Chuck was not the direction the creators of Chuck wanted, but that is a tale for another raining day.

Last article I stated the question What If?

The story of Sarah Walker begins way before she entered the Buymore for the first time. It started the day her father was arrested. Langston Graham entered her life and she became Sarah Walker. Yes, she became an agent of the CIA, but changing names and aliases was already taught to her from being a con man’s daughter. 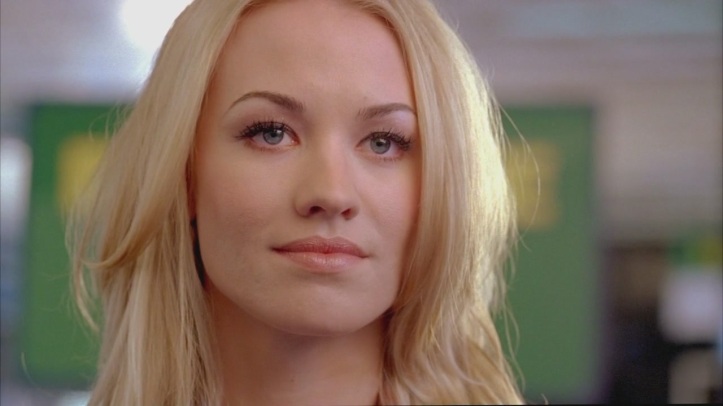 The rules of not setting roots plays a factor in why living the life of a spy worked for Walker.  The reason she was successful . We can also factor in chemistry working with her father and later Bryce made trusting them easier because they could essentially finish each other’s thoughts and actions,  case in point here.

There was no what ifs. She had a job to do and working with the person she cared about helped her along the way. She didn’t need to make real life decisions.  Bryce was in command and she followed. Her dad setup the con jobs and she went along with it. Thus, the life of a spy wasn’t very different. Langston gave her orders and she followed. The continued reliance on a strong male figure that would shape her life before entering the Buymore.

The day Sarah killed Eve Shaw was the first time she questioned if being a spy was worth it, but still Agent Walker prevailed in that line of thinking. Graham saw promise and manipulation in keeping Sarah under his thumb.  In the scene above, She held on her target and Bryce asked if she had the target spotted, but through it all  Larkin was still in control of the mission.

Every thing was a piece of cake because of her success rate, but once Bryce and her father were out of the picture the loose cannon came to be. Agent Walker’s rock solid hold on herself began to crumble once Sarah elected to protect the baby, but than again she still had Langston Graham holding on to her strings like a puppet master would do.

Thus, Sarah walking into the Buymore we see this,

Sarah is not in love here. She is walking into the store on her new mission. Sarah claimed it would be a piece of cake. Sarah’s assignment was to find out what Bartowski knew about the secrets Bryce Larkin sent him.

Chuck was depicted as a lonely guy which was easy enough but what happened next would be a game changer for her, I am not denying the scene with the ballerina didn’t break the ice. I am not even saying Sarah didn’t become attracted to Chuck’s charm, but Sarah was still pretty much agent first. Let’s face it, Sarah wasn’t going to run away with Chuck at this point.

The impact of losing Bryce before Walker arrived in the Buymore was still processing.  The idea her partner went rouge was stunning, but being the great agent she was there was no time to dwell on it.

Sarah still was working Chuck. Walker was looking for something that would make Chuck look and sound dangerous as the intel stated, but nothing would come to be. The attraction began when he helped the little girl and her father, but she wasn’t going to act on those feelings yet. It was just an attraction.

Sarah continues to work the mission, she tries to steal Chuck’s computer which was destroyed. Sarah began to set roots in once she reported to Langston Graham about the computer. What happen next is where I believe the possibility for Sarah setting roots began to set.

She questioned Langston. “What if he has a back up.” Graham didn’t take it serious anymore Casey was on his way so Walker wasn’t needed in Burbank anymore. Sarah wanted to stay to fix it. Fix what I ask you. I posted on twitter yesterday how Graham is the director of the CIA. Sarah was ordered to get back on a plane and it seemed from the outset Sarah was a company girl, but one interaction with Chuck and Sarah didn’t want to leave just yet.

Once again, Langston told her she was on her own. If something went wrong he couldn’t help her. Sarah’s comment of ” I don’t know about this guy.” What didn’t she know? the question of what if starts to take shape. Subconsciously, Sarah was asking what if? What if This guy was the way out of the only life she ever knew.

What if this guy is making it hard for Sarah to want to leave.  It’s fun to watch her gear up for a date with knives and hairpins despite it being a date. Thus, Agent Walker is still in full swing.

The what if is still in full force.  The date scene makes us see the chemistry between Zack and Yvonne in full swing. The intimate scene albeit a mission for Sarah was a sense of normalcy for Walker. In the spy world,  dinner dates on missions usually ended in guns or as we will learn death by poison, but not here at least for now. We see genuine laughing and bonding follow by “I like you, Chuck.”

This part was real as can be at this point. Sarah did like Chuck enough to not want to leave anymore. Sarah was stalling in leaving. furthermore, still acting as an agent Sarah began to slip a little while walking over the bridge Chuck flashes while Sarah asked a question about this being his worse date.

The what if continues with why would it bother Sarah if Chuck answered, but Sarah said ” This was the part where you say, No?”

Why was it important for Chuck to answer is the question. Sarah worrying if she wasn’t the worse date really a concern for a agent on a mission in need to fix something. or was Sarah looking to see if she fit in this new world she was entering. Again, a male figure Sarah was growing attached too.

This time the male figure wasn’t a strong one. Chuck needed protection which was her strong suit.

The roots started to settle in and  Sarah was acting on theme to a degree, but Agent Walker was still in control despite planting roots. The next part we will discuss more about the what ifs.