gallery There are No Guidelines When Working With Exes

Why I Love Chuck, Sarah, Bryce and Jill Story

The production of Chuck set guidelines which set forth what agents were allowed to do. It was believed that CIA/Fulcrum agents were brainwashed to believe spies were supposed to be married to duty, which was protecting the country was the right and basically only choice. Therefore, Chuck, Bryce, Sarah and Jill were put into situations that would test that theory throughout Chuck. Bryce and Jill didn’t stick around for the long hall but working with exes caused more friction for people with real emotions.

The truth was for every Carinas there were Chucks who wanted something to fall back on after being an agent. The question of “don’t you want a simple life.” comes with the territory.  The missions and angst that would come with it cause a burden to begin with, but what happens when  rival organizations made exes work with each other? The strain it would cause would be a lot to handle for the heart and often spill out onto missions.

Bryce and Sarah worked together and built a rapport.  As I mentioned in the first article, the Andersons were more than just a cover because their relationship was exciting and adventurous. 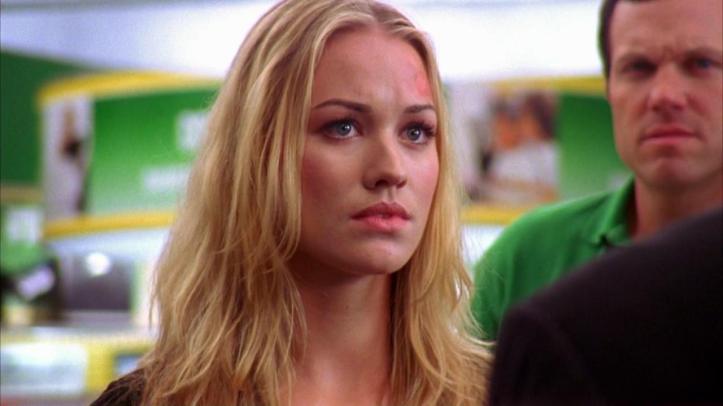 The more missions a couple worked on the more the relationship became as real as it can be, but Bryce had a mission not even Sarah could know about which falls in line with Sarah’s needed to be involved. However, Bryce made it Sarah’s mission when he sent the Intersect to Chuck. Thus, it created a bridge for all three to cross paths and eventually for Jill Roberts to rekindle old feelings for Bartowski . The common thread is the Intersect.

The Intersect was the link between Sarah, Bryce and Chuck from the CIA’s perspective and while they all would end up with the CIA, Jill Roberts ended up with Fulcrum. I do believe her when she said she had no choice. Jill explained how Fulcrum told her to break up with Chuck and date Bryce Larkin, who they believed was the Intersect.  As a viewer, we naturally choose good so we automatically say Jill used Chuck, but Fulcrum was no different then the CIA, Fulcrum would soon kill Jill, Bryce, Sarah, and Chuck if they went against orders. 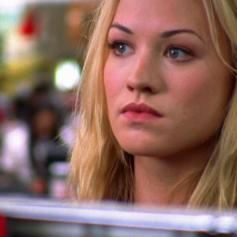 While Bryce had no inkling of being malicious towards Chuck, Jill Roberts was another story. Sarah working with Jill was the same ordeal Chuck went with Bryce except the sides were not the same.

The common ground was Chuck. They both had feelings for Chuck which if you watched Jill’s actions would prove that to be the case because she went back for Chuck in Chuck vs The First Kill. She helped him along the way when she could despite being on the other side.  Real feelings make people conduct such acts.

While the parameters where not quite the same with Bryce being on the right side of the law we still saw Sarah’s jealousy when we saw Chuck go off grid with Jill.

There is significant meaning when you think about what happened at the end of Chuck vs The Fat Lady.  It’s one thing to run off with Jill, but to cut ties by leaving his watch really puts emphasis on the difference between Chuck and Sarah.

Sarah had the chance to work with Bryce, but decided to stay in Burbank, but the minute Chuck had the opportunity at his former life he jumped on it., which truly showed there are no guidelines into how to cope with exes back in the fold.

Hope you enjoyed this series, look for more exciting articles to come.