gallery Chuck Song of The Day

Today’s song comes from Chuck vs The DeLorean, A great episode when we meet Sarah’s day played by Gary Cole.

The song Furr was played by Blitzen Trapper

It is special when we can get a glimpse into how Sarah Walker was developed and nothing is better than a con man daughter.

The song took place at the end of the episode

Chuck proved to her father he loved Sarah and trusted him with the money, but to be fair there was no way the CIA/NSA can let Jack Burton escape. However, Sarah did what Chuck would’ve done warn her father about the police coming to arrest him.

A great relationship is one where each other personalities rub off on each other. A key trait Sarah learned from Chuck was how protecting those you love even if its wrong. Jack Burton should be in prison. He conned a lot of people, but that doesn’t mean Sarah would just hand him over. 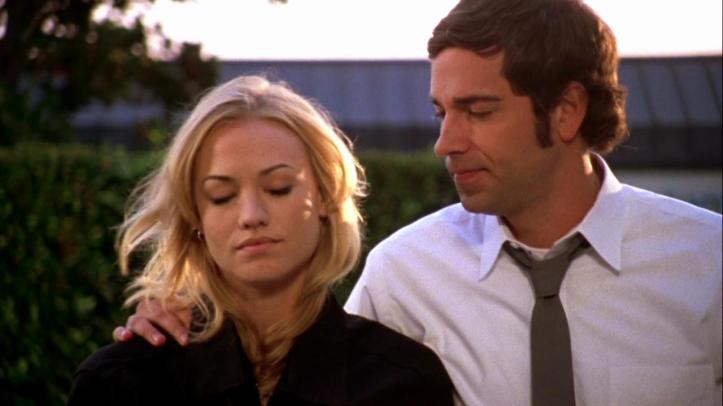 Today’s discussion point for my twitter followers is in regards to fathers.

While we saw Chuck help Sarah with her father here, Chuck explaining why it wasn’t Sarah’s fault how her father was. A key scene in their development. It would be Sarah’s turn to help Chuck with finding Stephen Bartowski, but be by his side in the trailer.

It’s moments like these we really see why Chuck and Sarah are right for each other.