A very underrated episode among what I will call single serving episodes. Sizzling Shrimp also has one of my personal favorite special guest. I really enjoyed. Mei Ling when  she cameto Burbank so she can rescue her brother, but the opening of Chuck talked about an evening with Morgan. Dinner  with Morgan would require some Sizzling Shrimp, Enter the Dragon and some Fireworks, but believe me fireworks isn’t so much about little bombs that send sparkles into the air. 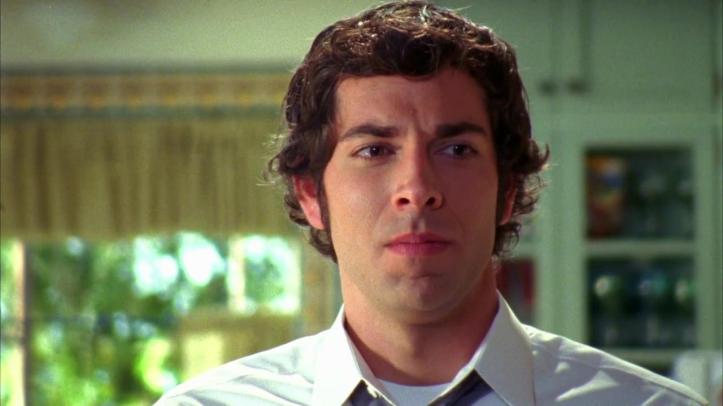 This episode also showcases more struggles for Chuck as he continues to navigate and balance all his worlds. Family, Buymore and his spy life clash in this one. The truth is we all face the issues Chuck was going through early on in season one.

When someone starts a new thing in their lives they often have to be reminded of the human element trying to remind their loves one that there is more to life then just one particular thing taking the bulk of our time. A new career has sprung up on Chuck, which brought a new woman into his life. Sarah was gaining a lot more time with Chuck since Walker came to Burbank both professionally and personally.

Chuck continues to treat the spy world like its the Buymore, but what Chuck needs  to understand was bad guys and spies that never step foot in the United States must become the priority. I love how Casey reminds Chuck of that notion because much like Chuck had to be on call for nerd herding, there is no set schedule when threats will arise.

This episode also dives into Bartowski family history. The Bartowski holiday which only Chuck fans know why October was mother’s day. There was also another Buymore story that will also make Chuck struggle with the backlash of not being available. 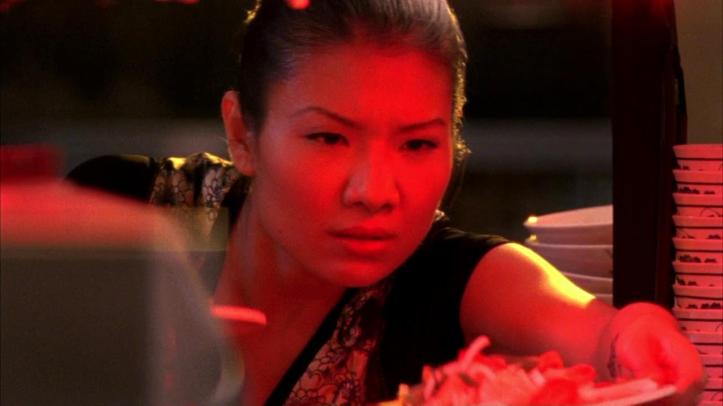 Ellie would blame it on the new girlfriend as a reason, which is true, but China’s top spy in Los Angeles would be the reason not spastic colon. Its hard for Chuck because he couldn’t say why he had to miss Mother’s Day and not be there for Morgan.

The big aspect of this episode comes in the form of how many people need Chuck. Morgan needs Chuck to help him becoming a better salesman Ellie needs him for family reasons. Mei Ling played by Gwendoline Yao needs him. It’s easy to see why Chuck’s burden of balancing becomes an issue. 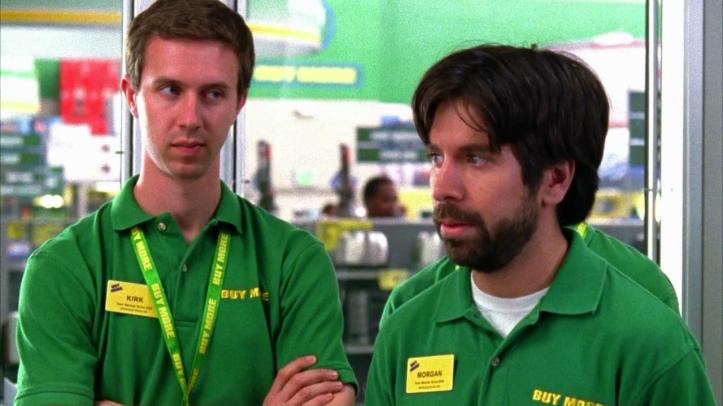 Morgan’s needs help because Big Mike made the green shirts enter into a sales competition which required Morgan to step up his game, but the often slacker was actually being helpful to people. He cost himself sales by telling his customers they can get the product cheaper elsewhere. It was nice to see because Morgan’s maturity was always in question during Season One, and I will highlight them later on our journey through Season One.

While Chuck usually was the hero for Morgan and the Nerd Herders, Ellie saved Morgan from being fired. Chuck had to be a hero for Mei Ling. Casey and Sarah couldn’t relate to Ling because orders dictate their actions in a sense. “We can’t save them all,.” While it was terrible thinking Chuck wasn’t for that. Chuck had a sister which was why he wanted to help Ling by making her defect, but more on that later.

It was a bonding moment when we see how much Ellie and Morgan rely on Chuck. They both used four favorite words that made that phrase one of my favorites from the series.

So now that we got Morgan’ and Ellie stories out of the way. Get your coffee, tea, whatever you want to drink. Maybe grab something to eat because the story gets great from here. I begin to dive into Chuck and Sarah from here on out because Sarah was in full girlfriend mode in this episode. Sarah was a  lot more lacks in this episode when it came to being a real girlfriend even in front of Casey.

Casey explained to Chuck what Mei Ling told him was true. Mei Ling went off grid to rescue her kidnapped brother, but orders were given for her to stand down. It was an issue with Casey and Sarah, but what stood out to me was how Sarah was very affection to her cover boyfriend.

Sarah fixed his hair and cleaned off his shirt like a girlfriend taking care of her boyfriend would. I know my wife does those kind of things plus she wraps her arm around him while they were walking in the courtyard. Casey didn’t seem to mind it either which was something we didn’t see before.

Yes, it was to protect the cover in case someone was looking, but the way it was done was natural. I really enjoyed this scene because it showed how comfortable Sarah and Casey were getting with Chuck.

Both spies notice how good Chuck was adapting to his new forced life. I say forced because Chuck didn’t go through the training Casey, Sarah and even Mei Ling went through. They went through what orders means. Plans have to change because a threat was present.

In other words, Buymore eventually closes unless Chuck was on call. It would be easier to keep plans with the way Buymore operated. However, I personally worked retail and let me tell you how many events I had to miss because of work.  Family often would tell me can you get the weekend off, but if you are the only one in the department its less likely.

It gets even harder when people see how good you are at what you are doing. Case in point, Chuck acted quickly when Mei Ling breached the Buymore. He remember protocol. He asked Casey if he was hungry not to draw attention.

He than came up with the plan of defecting showing he was grasping his new life. Its plans like these where you can see he was made for the spy world. He understood the situation and acted accordingly. He even talked down Mei Ling.

Mei Ling showed Chuck respect and thanked him for helping. It was true this episode really was about Chuck as a spy. 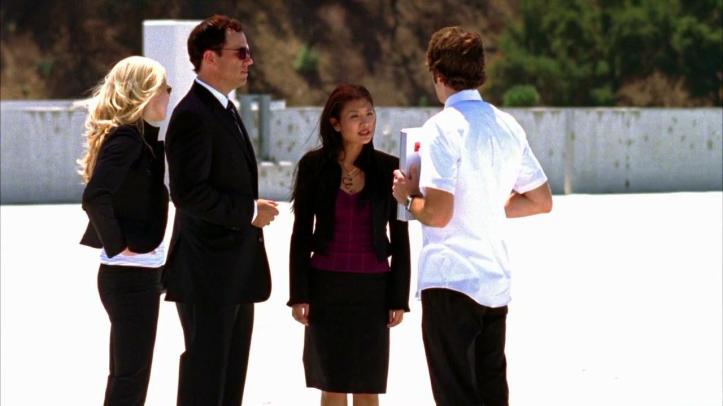 There are so many great guest stars that I hoped returned for more episodes. Mei Ling would’ve been great to see more than just once.

The last thing I will discuss is the final scene. Ellie showed growth when she invited Morgan and Sarah to share Chuck and Ellie’s personal family day.. The reason this holiday was special was because it was the day Mama Bartowski stepped out of their lives.

A great scene because the more Sarah learned about Chuck. The more we will see Chuck and Sarah are the same.