Its hard to believe, but we are at the half way point of season one. we reached the first arc of the series. Arcs are fun because the character should have serious character development and bulk of the season’s story begins to take shape. In Chuck vs Alma Mater, we learn some of Chuck’s backstory while also learning about a secret organization chasing Bryce and CIA secrets only Professor Fleming and Bryce would know.

We saw and heard a lot of information about Bryce Larkin. Bryce affected all the Major characters tat some point. Casey shot him. Sarah was his former girlfriend/partner and Chuck went to school with him at Stanford.

Bryce’s impact on the story even included Devin, Morgan and Ellie who were trying to help  Chuck recover from the funk he was living with over the last five years. In Chuck vs Alma Mater, the question of why Bryce set up Chuck would be answered. It was important to understand the why aspect, but like any story that was just the start of what would turn out to be Chuck’s destiny.

Normally, I would break down the episode and talk about the ever growing relationship between Chuck and Sarah. I would talk how Harry Tang’s first episode as a tyrant would be one of my favorite moments, but what really should be analyzed would be Chuck and Bryce’s relationship because there is one.

Chuck was informed about Professor Fleming and his connections with the CIA. It’s interesting because in real life CIA has a strong presence on college campus throughout the nation. As I educate myself on the workings of the CIA and how they love to manipulate the truth. Chuck’s story is an example of that manipulation. The question of what is real and what was created by CIA/NSA influence would have a stronghold on Team Bartowski moving forward. Yes, Casey even had his own dealings with how the CIA/NSA dealt with his own issues, but that will be discussed on a later date.

Chuck’s bad memories of Stanford fueled the reluctance of taking part of this mission, but like I have mentioned before working with the CIA doesn’t give you much choice. The CIA’s job is to protect an entire country. Thus, personal issues need to be put aside for the greater good. Something Chuck had a hard time understanding that aspect of the job. Chuck constantly telling a general and director no was a testament of who Chuck. Personal knowledge of the school and being in Fleming’s subliminal imagining course made him a prime asset for the mission as Fulcrum was seeking intel on the CIA agents being recruited by the CIA.

So, how does this involve Chuck and Bryce? They were roommates and were close because for Chuck to be hurt by betrayal meant Bryce and Chuck had a friendship. Think about it. Would Chuck be suffering from self pity for five years if the two weren’t close? The sense of not understanding why was living with him not just in his head, but it reached his heart because of his own naive ways at times.

Well, here is a scene that told the viewer maybe Bryce wasn’t so bad. Maybe Bryce wasn’t a bad guy if he played darts in the library while maintaining his position as handler of Chuck. While everyone always praised Sarah for assimilating herself in Chuck’s life like a real girlfriend. Bryce grew to respect and have admiration for Chuck’s inner geek. 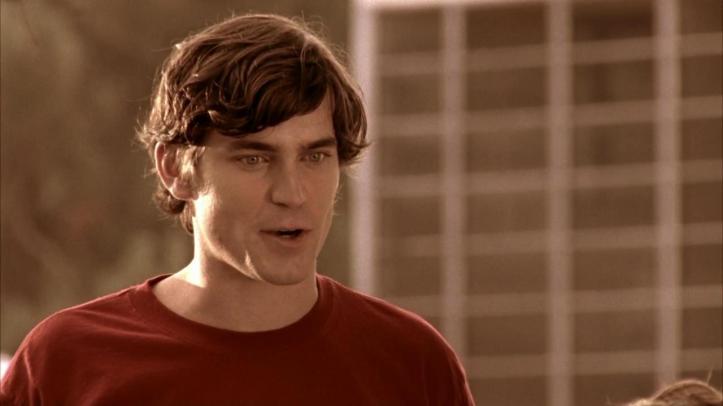 Chuck would further question why the Intersect had himself in the computer. Pieces begin to add up when you think about it. Fleming was going to send Chuck’s test results regarding subliminal imaging. The CIA was going to recruit him based on that information.

Bryce didn’t want the life of a spy for Chuck because of his heart. The fact that Chuck was a great person made Larkin believe the world would destroy Chuck. The same can be said about Sarah’s view on not wanting Chuck apart of the spy world, but there was dangerous people after the Intersect and Bryce didn’t trust anyone in the CIA.

The only one Bryce could trust was Chuck. Again, the word trust comes up. There needs to be a sense of trust when it comes to people. The magnitude of Bryce setting up his friend so the CIA couldn’t get their hands on him follow by preventing the Intersect from getting in the wrong hands was to trust someone who would be responsible with it.

So in many ways, Bryce Larkin is a unsung hero.